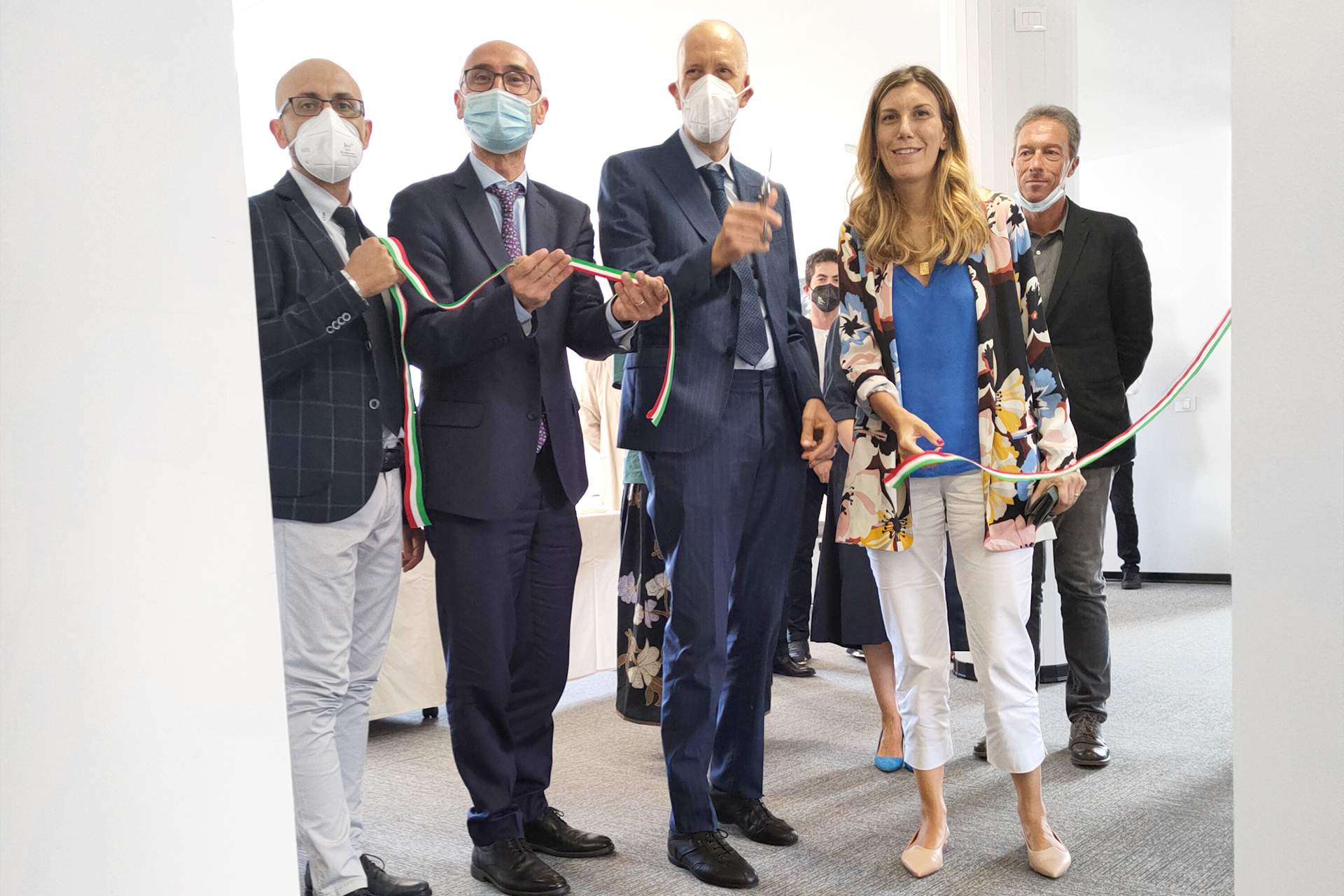 The Italian hi-tech group continues with its important growth plan and inaugurates its new branch in the North-Italian city and, in particular, near Corso Marche, which hosts an area dedicated to important centres of technological excellence.
Announced the next strategic partnership with the Politecnico di Torino for scientific research and innovation.

Turin, July 28, 2021 – Angel, an Italian industrial group that designs and develops high-tech solutions for Transport, Aerospace and Digital Mechatronics, strengthens its presence in Italy and announces its entry into Piedmont’s technological industrial ecosystem with the opening of a new office in Turin.

Angel offices are strategically located in Corso Trapani, just a few steps away from Corso Marche, which hosts an area dedicated to important centres of technological excellence in automotive and aerospace sectors. They were inaugurated in the presence of Angel Group founder Cav. Lav. Vito Pertosa, SITAEL President Chiara Pertosa, with the participation of Gian Maria Gros-Pietro, President of Intesa Sanpaolo Bank , Fulvia Quagliotti, President of the Piedmont Aerospace District Sabrina Corpino the Rector’s Delegate of the Polytechnic of Turin and Dario Peirone President of CEIPIEMONTE (Piedmont Internationalisation Centre.,

The new office, which will host employees of both SITAEL and MERMEC group companies, will be dedicated to the development of aerospace and railway projects, respectively, and will initially employ approximately fifteen engineers and specialised technicians, who will join the 1,750 professionals currently working in the company’s offices located in 19 countries around the world.

Turin offices are part of a major growth plan launched by Angel in the last few years, which aims to strengthen the presence of the group’s companies on a national and international level, as well as to encourage the creation of new centres of innovation, presiding over the main strategic technological districts and collaborating with the major centres of excellence for scientific research.

It is in this context that the collaboration between Angel and the Turin Polytechnic will be signed in the autumn, as announced at the opening event: a three-year agreement for the development of joint scientific research and technological innovation projects in the fields of aerospace, railways, artificial intelligence and cyber security, and for joint participation in national and international calls for tenders.

“We are excited to be joining Piedmont’s industrial economy,” claimed SITAEL’s President Chiara Pertosa, “One of our goals is to create new jobs and recruit resources in the area. Turin is a key centre of highly specialised profiles, thanks to the presence of the Polytechnic and different stakeholders, which is important to create new synergies in the field of research and innovation.”

“The collaboration that the Polythecnic will launch with Angel represents an important opportunity to contribute to the innovation and growth of the area in the transport and aerospace sectors, where our university can bring its expertise, which is extensive and consolidated in these areas. We are profoundly convinced that the path of public-private collaboration constitutes a great added value for Piedmont’s industrial and technological system,” said the Delegate of the Rector of the Politecnico di Torino, Sabrina Corpino.

“Intesa Sanpaolo welcomes with satisfaction the entry of the Angel Group into the industrial and technological system of Piedmont, where we operate with 8,600 people, making us one of the largest private employers in the region – underlined the Chairman of Intesa Sanpaolo, Gian Maria Gros-Pietro -. Angel Group’s skills in the aerospace and railway fields are excellent at international level, and as financial operators we are proud to have supported their development. With our Innovation Centre, we are also direct players in innovation, particularly in the direction of cybersecurity and artificial intelligence, which are and will increasingly be essential tools to us. We benefit from the close collaboration with the Polytechnic, the University and the ISI Foundation: the arrival of Angel is very appreciated. Working in innovation is exciting, especially when there are many of you producing ideas, in different directions: cross-fertilisation is fruitful.” 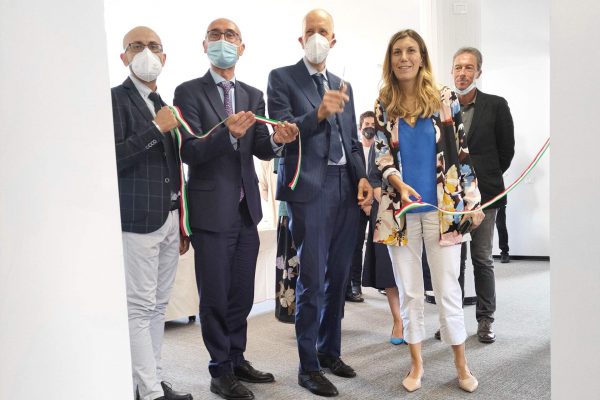 Close Menu
We use cookies to improve your experience on this website. By continuing to browse our site you agree to our use of cookies. Tell Me More
Accept & Close
Manage consent

This website uses cookies to improve your experience while you navigate through the website. Out of these, the cookies that are categorized as necessary are stored on your browser as they are essential for the working of basic functionalities of the website. We also use third-party cookies that help us analyze and understand how you use this website. These cookies will be stored in your browser only with your consent. You also have the option to opt-out of these cookies. But opting out of some of these cookies may affect your browsing experience.
Necessary Always Enabled
Necessary cookies are absolutely essential for the website to function properly. These cookies ensure basic functionalities and security features of the website, anonymously.
Functional
Functional cookies help to perform certain functionalities like sharing the content of the website on social media platforms, collect feedbacks, and other third-party features.
Performance
Performance cookies are used to understand and analyze the key performance indexes of the website which helps in delivering a better user experience for the visitors.
Analytics
Analytical cookies are used to understand how visitors interact with the website. These cookies help provide information on metrics the number of visitors, bounce rate, traffic source, etc.
Advertisement
Advertisement cookies are used to provide visitors with relevant ads and marketing campaigns. These cookies track visitors across websites and collect information to provide customized ads.
Others
Other uncategorized cookies are those that are being analyzed and have not been classified into a category as yet.
SAVE & ACCEPT